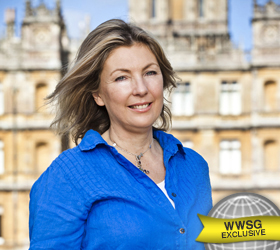 Practicality meets nobility in Lady Carnarvon, who has become renowned for opening up her husband's family home to the public and the popular television show, "Downton Abbey." As the eighth and current countess of the Highclere Castle, she travels the globe to share the insteresting history of the building and the fascinating stories of its inhabitants over the decades.

From how her great ancestor, Lady Almina, won over society against terrible odds to how the castle was affected during the First World War, audiences find her both captivating and enlightening. She's an incredible lady with an indomitable spirit that is impossible to ignore--and there are a number of things about her that you've likely never heard before: