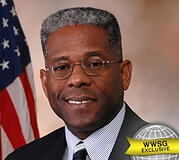 Allen West - During a time where political parties have never been more polarizing, Allen West is proof that race does not determine political affiliation. Born in 1961 in Georgia, West is a Republican and former member of the U.S. House of Representatives. He served in the US military from 1983 to 2004, retiring as a Lieutenant Colonel. During his tenure in the military, he received several awards including the Bronze Star and the Army Commendation Medal. West speaks for his strong conservative values as well as a firm education. He is considered a star member of the Tea Party Caucus, where he has repeatedly fought the notion that the movement was motivated by racism, and instead believed it appealed to the conservative values he was raised to honor. His views and affiliation have shown the Grand Old Party can appeal to members of any race and background, and consistently works to prove it, inspiring many others to join the fray. Learn more about Allen West here. 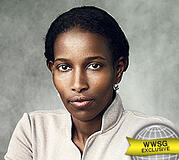 Ayaan Hirsi Ali - In a time where cultural differences and misconceptions run rampant, Ayaan Hirsi Ali has served to help broaden our awareness of persecution and mistreatment throughout the world. Born in 1969 in Somalia, Ayaan is an activist and a leading voice on Islam.  She has worked on a number of issues ranging from the criticism of both female genital mutilation and Islam, to support of women's rights and Atheism. She's been awarded TIME Magazine's honor of being one of 2005's 100 Most Influential People in the World, the Jylland-Posten's Free Speech Award, and the Swedish Liberal Party's Democracy Prize. She's been involved in numerous works in film and literature that have brought to light the mistreatment of Muslim women. She's pushed to outlaw the practice of punishing "honor crimes" in the Muslim world, and created the AHA Foundation in 2007 to protect the rights of women in the west. Her actions have brought to light things the public otherwise might never have been aware of, and she's brought hope to millions of women of every culture. In 2013, she proudly became an American citizen.  Learn more about Ayaan here. 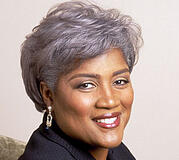 Donna Brazile - As racial friction and social change rocked the landscape, Donna Brazile has helped bring positive change and fair representation to the people of the United States. Born in 1959 in Louisiana, Brazile has been a mainstay on the political stage. She is partially responsible for Martin Luther King Jr.'s birthday being made a federal holiday. She was the first African-American woman to have managed a presidential campaign in 2000 while working with Al Gore, which subsequently aided in her being made the Chairwoman of the Democratic National Committee. Brazile was also a member of the Louisiana Recovery Authority from 2005 to 2009. She can be seen regularly on CNN, ABC, and on Showtime's "House of Cards". She can also be heard frequently on NPR. Her public works have ensured that history will always be remembered. She's worked to show that common sense can and should prevail, and has become an inspiration to an entire generation of young African-Americans in doing so. Learn more about Donna Brazile here. 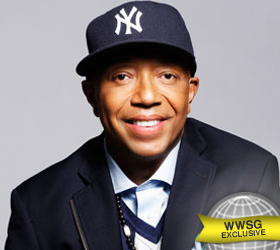 Russell Simmons - This celebrity and cultural icon needs little introduction. Born in 1957 in New York, Simmons was influential in changing the Hip Hop music landscape, co-founding Def Jam records. His company, Rush Communications, represents a variety of professional arenas including clothing, film, television, magazine publication, and advertising. He's advocated for veganism, animal treatment, gay rights, and marriage equality. In his time, he's served as the Goodwill Ambassador for the UN to honor victims of slavery, taken part in the Occupy Wall Street protests, and has been honored by numerous humanitarian organizations for his humanitarian and charitable works. The example he sets for people throughout the world cannot be overstated, and his efforts prove that not only can a person be successful following his creative passions, but can also make a huge difference in doing so. Learn more about Russell Simmons here.

One cannot fully appreciate the influence these people have had on the lives of everyone around us, having helped change our cultural views, political beliefs, musical appreciation, and business practices the world over. Rest assured, however, that their work has touched everyone, and inspired countless numbers of people to do the same.

For information concerning these or other keynote speakers, contact us.