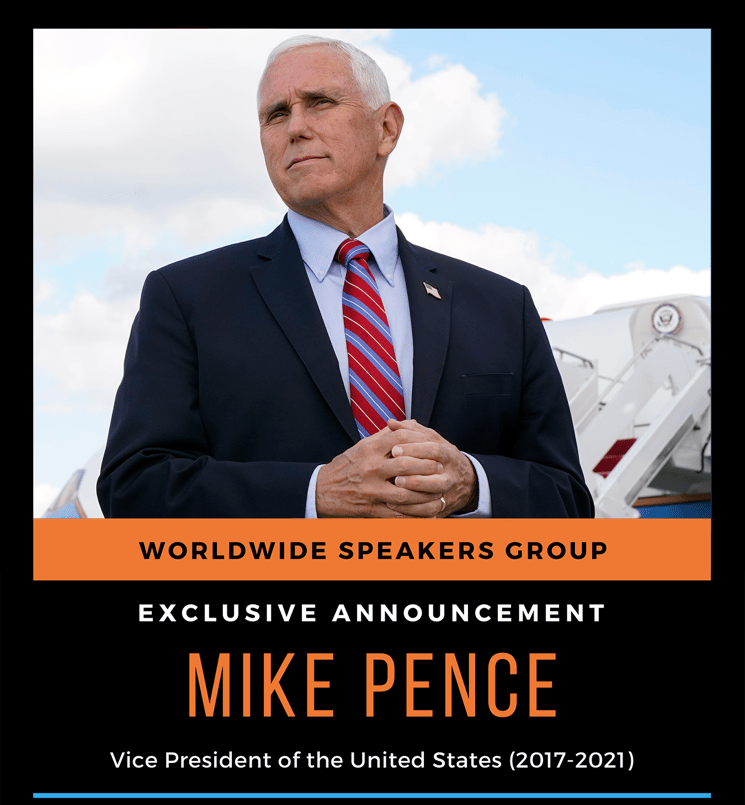 For more information about hosting Pence at your organization's next engagement, Contact Us.