Tuesday, the Senate voted 69-30 to approve a $1 trillion bipartisan infrastructure bill, a piece of legislation that could affect American lives for decades.

Contentiously, the majority of the bill's massive budget will go to pandemic relief. The rest of the money is slated to provide improvements to roads, bridges and transportation programs; a clean-energy update to the electric grid; and broadband to improve accessibility for rural and low-income citizens. Amtrak will also receive long-awaited repairs and operate with an updated mission that puts utilitarianism over profit.

President Biden has called for the two major parties to work together to deliver one of his top priorities, but it faces an uncertain fate in the House of Representatives.

Looking to make sense of the bill? The esteemed speakers below can add context and clarity about federal spending and the short and long-term implications of this historic event.

WWSG exclusive speaker Newt Gingrich has spoken to the media about his opinion of the unprecedented infrastructure bill. His expertise as a former House Speaker enriches his viewpoint regarding government spending. Newt Gingrich's Speaker Page >> 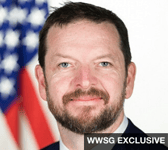 Joe Grogan's experience working in the Office of Management and Budget gives him an insider's knowledge about government spending. Joe connects with audiences through his ability to explain complex ideas in an inviting and personable way. Joe Grogan's Speaker Page >> 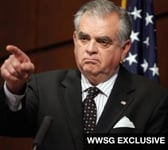 As a former Secretary of Transportation, Ray LaHood has an intricate knowledge of transportation programs and improvements. LaHood is a token thought leader on major national policy issues such as transportation, infrastructure, and bipartisan leadership. Ray LaHood's Speaker Page >> 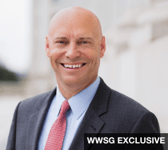 Prior to serving in the most recent administration, Marc Short was president of Freedom Partners Chamber of Commerce, the largest free-market business league in the U.S. with an annual budget exceeding $300 million. A former legislative affairs director, Marc Short is an expert in legislative language and understanding. Marc Short's Speaker Page >>